The great deeds of Yahweh upon Israel, his people, are summed up in this psalm. The center of the psalm are the 10 plagues inflicted on Egypt.

And then the psalm ends with a warning:
44 He gave them the territories of nations, they reaped the fruit of other people's labours, 45 on condition that they kept his statutes, and remained obedient to his laws.

God was harsh on Egypt. He was harsh on his own people, Israel, when they were unfaithful to the covenant they had with Yahweh.

What can I expect, when I displease God? As a baptized follower of Jesus, I do have a mission. My mission is to participate in building the Kingdom of God. In the practical life this means that I am called to minister some of the love of God towards all the other people on this earth.

God knows that I am limited. I am not supposed to work alone. I am supposed to be part of the people of God, a new Israel. A people which God has called together. I am supposed to co-operate with God and others. I need teaching, instruction and practical training.

If I refuse to respond towards God's plan for me, I will no more reap the harvest that God has prepared for me. The vineyard entrusted to me, will be given to others.

1 Alleluia! Give thanks to Yahweh,
call on his name, proclaim his deeds to the peoples!
2 Sing to him, make music for him,
recount all his wonders!
3 Glory in his holy name,
let the hearts that seek Yahweh rejoice!
4 Seek Yahweh and his strength,
tirelessly seek his presence!
5 Remember the marvels he has done,
his wonders, the judgements he has spoken.
6 Stock of Abraham, his servant,
children of Jacob whom he chose!
7 He is Yahweh our God,
his judgements touch the whole world.
8 He remembers his covenant for ever,
the promise he laid down for a thousand generations,
9 which he concluded with Abraham,
the oath he swore to Isaac.
10 He established it as a statute for Jacob,
an everlasting covenant with Israel,
11 saying, 'To you I give a land, Canaan,
your allotted birthright.'
12 When they were insignificant in numbers,
a handful of strangers in the land,
13 wandering from country to country,
from one kingdom and nation to another,
14 he allowed no one to oppress them;
for their sake he instructed kings,
15 'Do not touch my anointed ones,
to my prophets you may do no harm.'
16 He called down famine on the land,
he took away their food supply;
17 he sent a man ahead of them, Joseph,
sold as a slave.
18 So his feet were weighed down with shackles,
his neck was put in irons.
9 In due time his prophecy was fulfilled,
the word of Yahweh proved him true.
20 The king sent orders to release him,
the ruler of nations set him free;
21 he put him in charge of his household,
the ruler of all he possessed,
22 to instruct his princes as he saw fit,
to teach his counsellors wisdom.
23 Then Israel migrated to Egypt,
Jacob settled in the country of Ham.
24 He made his people increase in numbers,
he gave them more strength than their enemies,
25 whose heart he turned to hate his own people,
to double-cross his servants.
26 He sent his servant Moses, and Aaron,
the man of his choice.
27 They worked there the wonders he commanded,
marvels in the country of Ham.
28 Darkness he sent, and darkness fell,
but that nation defied his orders.
29 He turned their rivers to blood,
and killed all the fish in them.
30 Their country was overrun with frogs,
even in the royal apartments;
31 at his word came flies,
and mosquitoes throughout the country.
32 He gave them hail as their rain,
flames of fire in their land;
33 he blasted their vine and their fig tree,
and shattered the trees of the country.
34 At his word came locusts,
hoppers beyond all counting;
35 they devoured every green thing in the land,
devoured all the produce of the soil.
36 He struck all the first-born in their land,
the flower of all their manhood;
37 he led Israel out with silver and gold;
in their tribes there was none who stumbled.
38 Egypt was glad at their leaving,
for terror of Israel had seized them.
39 He spread out a cloud to cover them,
and fire to light up the night.
40 They asked and he brought them quails,
food from heaven to their hearts' content;
41 he opened a rock, the waters gushed out,
and flowed in dry ground as a river.
42 Faithful to his sacred promise,
given to his servant Abraham,
43 he led out his people with rejoicing,
his chosen ones with shouts of joy. 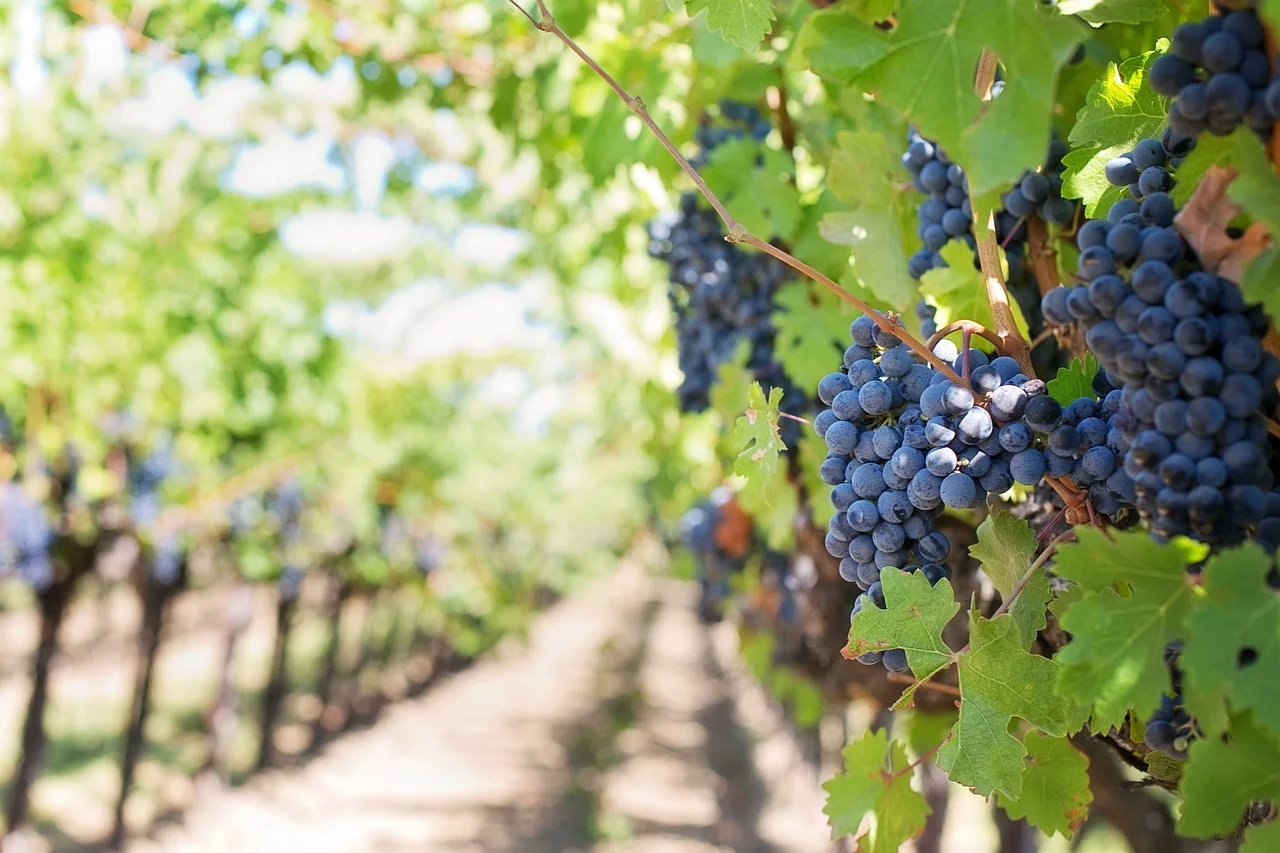 God has entrusted a vineyard to me.