He did not always have an easy life. Due to an accident he missed his normal primary school education. In the years before the second world war, he as well could not have a completed education. Nevertheless he was a good student. In the few years of high school he learned English, German and French language. During the years of the war he could not study. My father was extremely gifted in working with tools. Although he had never taken any formal education. My father did most jobs he started in an excellent way. He worked as an accountant and later in the 1960's he learned computer programming. He had a love for electronics and radio, which I inherited from him.

He married in the early fifties to Dora van der Loo. They got 4 children. I am the second. During my young years my father tended to work in other cities, leaving the care of the children to my mother. My youngest sister Jolanda was not yet born then. My mother had a hard task running a household with three small children. My father was badly needed with his family and he changed job and joined the Philips Company as a junior computer programmer. Those were the early years of computer programming and my father did well.

My father was my hero in my young years. I like the things he liked. The young family was however disturbed by a too late discovered breast cancer of my mother Dora. Father had to make long hours in the household.

Middle of 1967 mother Dora passed away, leaving a huge gap in the family. Almost at the same day of her death, we moved into a new house. This is a turning moment into my life. I went to high school. And I did not meet the all expectations of my father. My father gave a lot of attention to mother Barbara to whom he married in November 1967. I needed to grow up as a teenager.

This I know, at every phase of my life, my father cared about me. His expectation towards me were not always easy. Sure enough I have disappointed him frequently.

After his retirement in 1982, my father faced over the years a long succession of attacks on his health. He lost a serious part of his eyesight. He got a severe and painful form of rheumatism. He lost 90% of his hearing capability. He had an acute aneurysm operation, which he survived. And finally, the last months of his life he had a bad acute dementia. He died in June 2000.
He never complained about his sicknesses. He made out of his life what he could. He is my hero.

Jesus, I thank you for my fathers life. Help me to make my father proud. 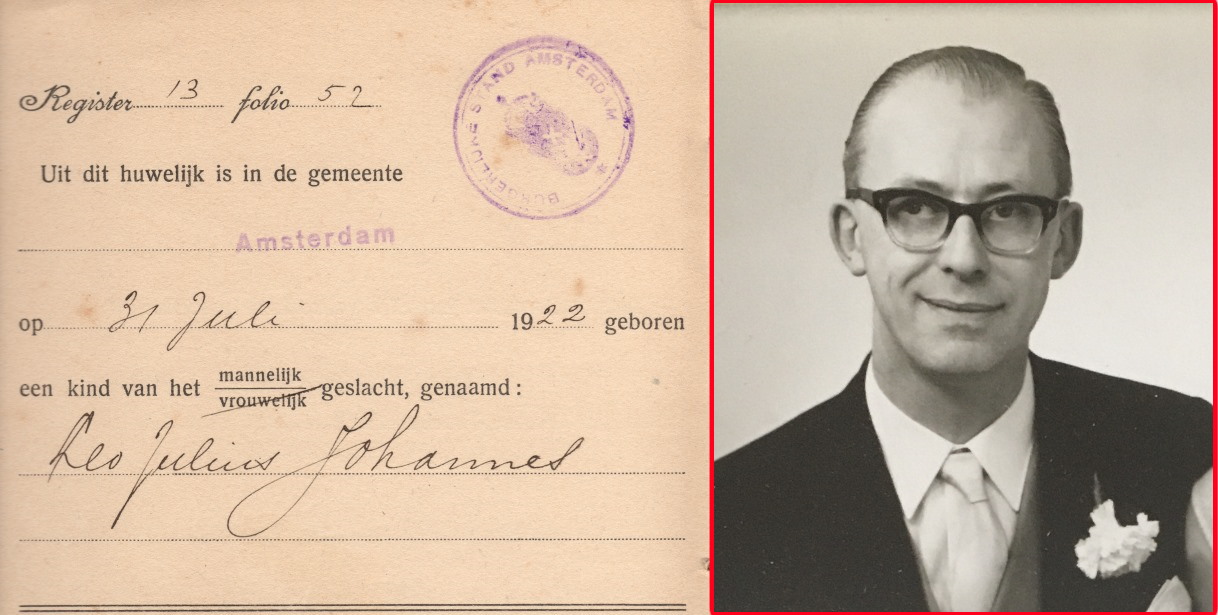